What Can We Learn from 2020 US Robocall Data? 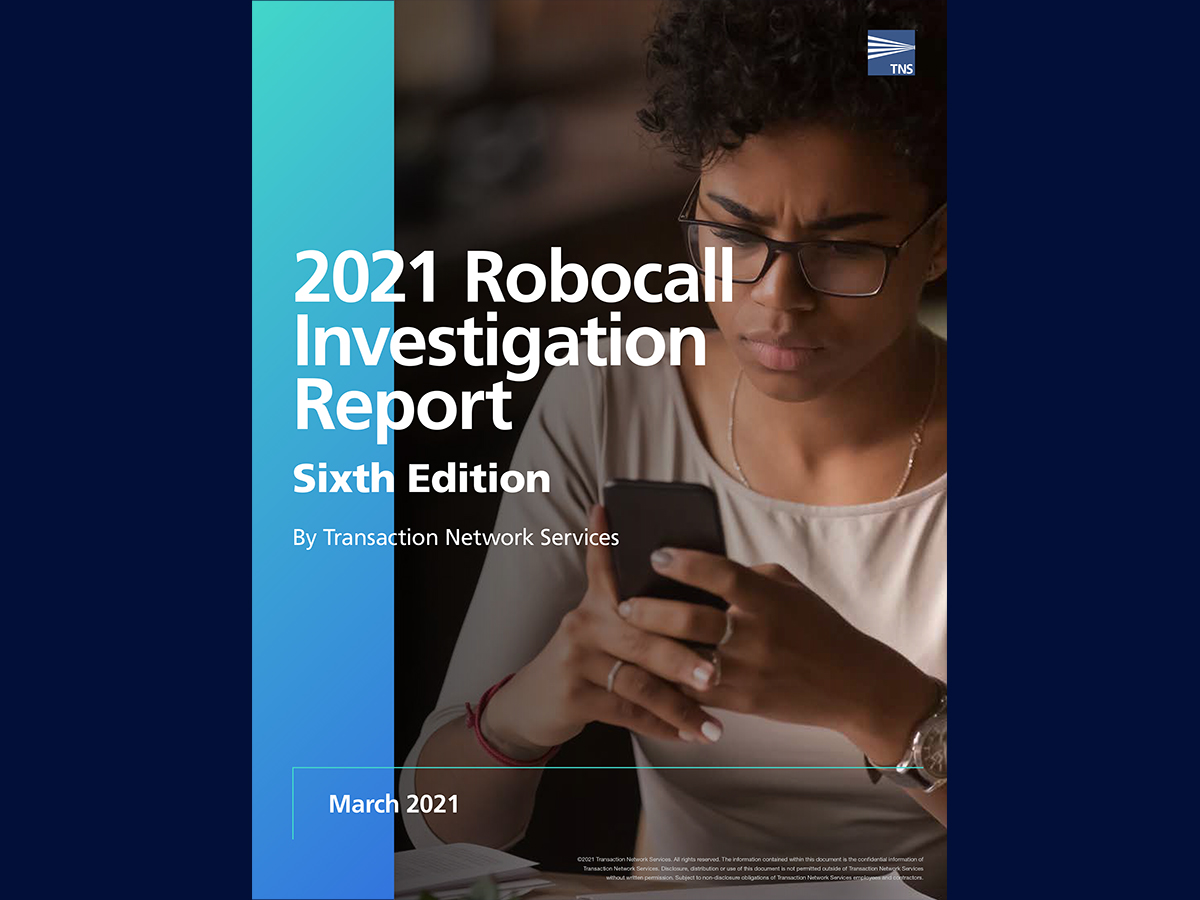 While robocall volume dropped 28% in 2020 compared to the prior year, US consumers still received 77 billion unwanted calls according to TNS’ 2021 Robocall Investigation Report, now in its sixth edition.

2020 was a year unlike any other, as the volume and nature of robocalls were impacted by factors that no one could have foreseen. Proactive efforts by policymakers, regulators, carriers and industry undeniably contributed to driving down the number of robocalls. But the drop can also be attributed to the COVID-19 pandemic, which sidelined global call centers responsible for so many major calling campaigns.

Efforts by the leading carriers to deploy STIR/SHAKEN, the authentication framework essential to combatting spoofing mandated by the FCC, had a positive impact: More than one-third of the total calls traversing carrier networks in December 2020 were self-signed by a voice service provider ensuring the caller is verified, up from 21% in January 2020. Additionally, TNS data found a decrease in the most common type of neighbor spoofing (use of the same area code and several digits of the subscriber’s phone number) as a result of these efforts.

Broader carrier adoption of STIR/SHAKEN and subscriber use of call filtering apps help explain why the top five US carriers account for 67% of total call volume in 2020 (wanted and unwanted), but only 6% of high-risk calls (down from 11% in 2019).

Where is robocall volume originating from you might ask? An overwhelming majority of scam/fraud calls in 2020 came from phone numbers not owned by Tier-1 carriers. This data continues to suggest that scammers are primarily launching robocall campaigns from VoIP networks that make it relatively easy to spread calls over a large volume of numbers.

Despite these best efforts, scammers continued to do what scammers do best: adapt their tactics to seize on confusion and fear surrounding the pandemic. Bad actors pivoted to scams focused on fake cures and vaccines, PPP loans, PPE, stimulus checks, contact tracing efforts and scores of other scams that preyed on Americans of all ages. Nearly 5,000 coronavirus-related scams were reported to the FTC through May 18––costing Americans more than $35 million in losses.

The 2020 Presidential election poured more fuel on the fire as robocall and robotext misinformation campaigns exploded. Political calls accounted for approximately 10% of the total unwanted call volume from July to October 2020 and Americans were inundated with 8.25 million robocalls on Election Day alone.

Our 2021 Robocall Investigation Report also served as a critical reminder that consumers must remain vigilant no matter where the call is received. While most of the public conversation focuses on robocallers targeting mobile phone numbers, TNS’ report finds that 37% of calls placed to wireline numbers in 2020 were unwanted, compared to 17% of calls to wireless numbers.

A final set of data from our report worth noting is that well-known consumer brands and government agencies (such as Apple and the IRS) continue to have their legitimate toll-free numbers spoofed. Toll-free originated calls accounted for more than one-third (35%) of the high-risk call volume in 2020, up from 28% in the second half of 2019.

TNS report data on spoofing, scams and overall frustration with nuisance calls from unrecognized numbers affirms the need for carriers and the entire telco ecosystem to restore trust in voice calling. Branded Calling can go a long way towards doing just that: Only 11% of consumers are willing to answer calls from unmarked phone numbers so presenting more contextual information, like organization name, logo, or reason for calling, with incoming calls is paramount to not only ensuring that unwanted calls are blocked, but also that important calls get through.

Contact tracing efforts over the past several months is one glaring use case for Branded Calling. Because consumers are more wary to answer calls from unknown numbers, contact tracers have found it challenging to get in contact with individuals who may have been exposed to the virus – which can lead to unquantifiable numbers of additional cases and unnecessary exposures.

If you are a carrier, channel partner or call originator interested in learning more about how Branded Calling can help restore trust in voice calling, please get in touch with TNS and review the data in the 2021 TNS Robocall Investigation Report.

Paul is Vice President of Product Management at TNS with specific responsibility for the development and management of its Communication Market products and services across both core signaling and database services, as well as mobility solutions.