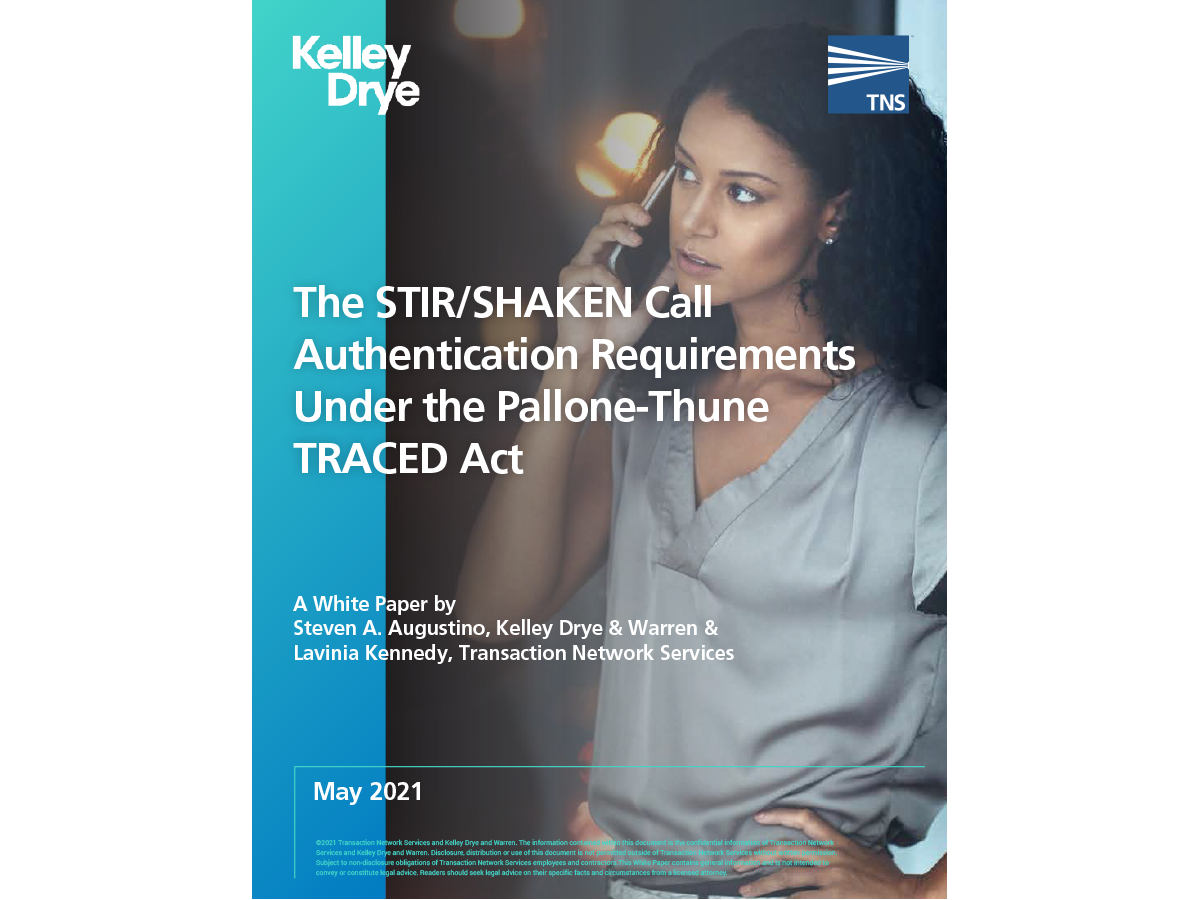 In addition to mandating STIR/SHAKEN to combat robocalls, the FCC issued orders that encourage voice service providers to block unwanted calls by giving them safe harbors for erroneous blocking when call analytics are used, when bad-actors are blocked per FCC orders and when network-based blocking techniques are used.

The FCC also has recognized concerns that legitimate calls will be impacted. To protect such calls, the FCC mandates that each carrier implement a redress process that includes a point-of-contact for blocking complaints and a rapid turn-around for initial response to blocking concerns. The FCC also will require voice service providers to provide notification of blocking via industry standard notification codes.

The obligations adopted for voice service providers in the order are discussed in this white paper.