TNS Robocall Report: Robocalls Down 8% in 2022, accelerated by STIR/SHAKEN and Regulatory Enforcement 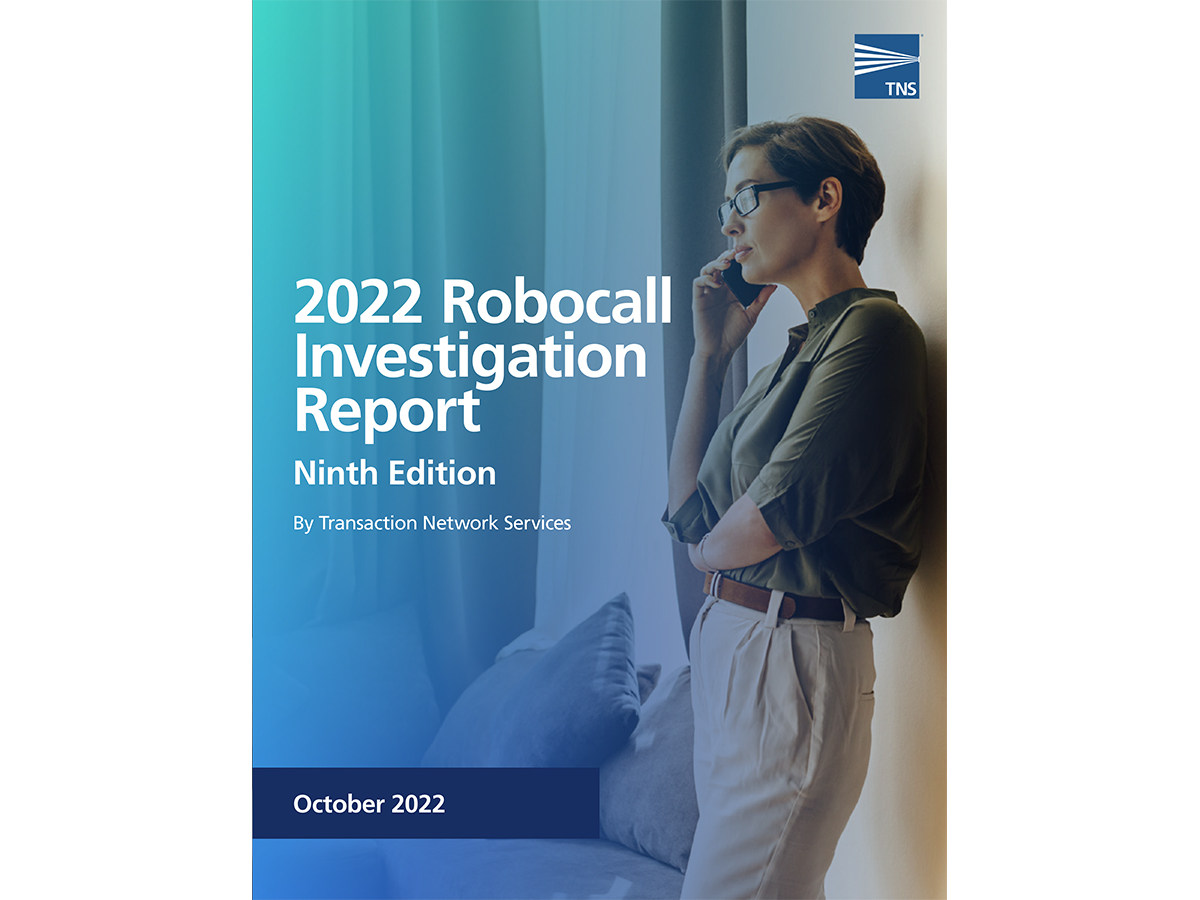 Progress by top US carriers implementing STIR/SHAKEN, aggressive regulatory enforcement efforts, and the use of advanced call analytics helped drive down robocall volume 8% in the first half of 2022 compared to the same period last year (from 37.9 billion down to 34.9 billion). However, scammers and spammers are continuing to launch robocall campaigns from smaller carrier networks – and adding robotexts to the arsenal – to evade detection.

These are among key findings from the Ninth Edition of Transaction Network Services (TNS) Robocall Investigation Report released today.

Americans received 34.9 billion unwanted robocalls over the first half of the year, but only 8% of this volume originated from the top-seven US carriers (AT&T, Lumen, Charter, Comcast, T-Mobile, UScellular and Verizon). Efforts have been made by Tier-1 carriers to meet and exceed the FCC’s call authentication framework’s requirements for mitigating robocall spoofing.

“As FCC-mandated STIR/SHAKEN implementation continues to expand beyond Tier-1 carriers, we anticipate that consumers will increasingly benefit from broad-based efforts to combat robocalls – and our Report data backs this up,” said Bill Versen, TNS’ President, Communications Market. “But the erosion of trust in voice calling suggests damage has been done, creating a market need to not only protect subscribers from robocalls, but to deliver branded calling solutions so that legitimate organizations can effectively reach consumers.”

Click here for a copy of the 2022 TNS Robocall Investigation Report, Ninth Edition.​​​